“The body a tree, God a wind.
When He moves me like this, like this,
angels bump heads with each other gathering beneath my cheeks,
holding their wine barrels, catching the brilliant tear, pearl rain.
Love, a tree. When it moves us like this. How can our soul’s limbs not touch?” — Hafiz

“Power is of two kinds:
one is obtained by the fear of punishment
and the other by acts of love.
Power based on love is a thousand times more effective and
permanent then the one derived from fear of punishment.” — Mahatma Gandhi

In this article we emphasize a specific phase of the embodiment that many starseeds are going through at the moment and the major issues being called up for resolution.

With the activation of our transpersonal chakras, there is a major restructuring happening in our subtle organs inside and around the head - our throat, pineal, third eye and crown chakras have been under intense adjustments.

Sometimes we feel our heads being streched from the inside, we become dizzy, our vision gets blurred or distorted, points of light start showing up around our field of vision. Uncomfortable and weird symptoms that confirms our embodiment.

Through these major changes, we gain access to our higher psychic abilities and we remember that we are Divine creator beings, able to conjure the same cosmic forces that create planets, stars, solar systems and universes.

Our DNA and bio circuitry are being restructured to once again reconnect to the violet frequencies of light, and our light bodies are becoming similar to trees of light, much like the images of a Tesla tower, where we seem to be growing light branches upwards and roots downwards, connecting us to the cosmos above and below.

These violet/purple frequencies can bring much healing and forgiveness and they can also be challenging, as we can easily become ‘blinded’ by our own light and once again fall into the trap of our constructed sense of self - our egos.

Collectively at this stage in our evolution we have reached a resonant vibrational frequency to the Atlantean timelines, which led us through the rapid descent into the density and duality that marked the end of that era.

We are coming full circle now as a collective, and humanity is currently living the consequences of our misguided decisions. Nothing like hind sight to be able to see the bigger picture.

As we approached the end of Atlantis, our exploration with themes of separation started to intensify. There was a polarisation of society where collaboration was replaced by competition.

During that time, our priests of light separated from our dark priests, our priests threw our priestesses out of the temples, our brothers attacked our sisters, our sisters coiled away in fear from our brothers, our fathers and uncles institutionalised the patriarchal system and its oppression, together with the establishment of the governing hierarchies, the logical and linear perspective of our minds overwrote the intuitive wisdom of our hearts.

As we moved further into separation and desperation, we started playing with themes of the God complex, where we believed our intellect and psychic abilities were enough to rule and create independently from Universal Law.

Under this spell and intoxication we either gave our power away or abused it. Genetic manipulation, artificial intelligence over organic intelligence, weather control, the disregard for the environment and its natural laws were some of the pathways we took.

This period in our collective history marked a shift in our evolutional path as a species, living deep scars in our psyche which eventually led to the creation of an inverted system which trapped us in an endless cycle of re-incarnations.

The combination of Gaia moving away from the galactic center and our attempts to find our way back to Unity/Source by trying to control our environment, saw us getting trapped in a mental vicious circle, separating us from the inherit wisdom of our hearts and accelerating even further the rapid descent to the dense hellish realms of unconsciousness. 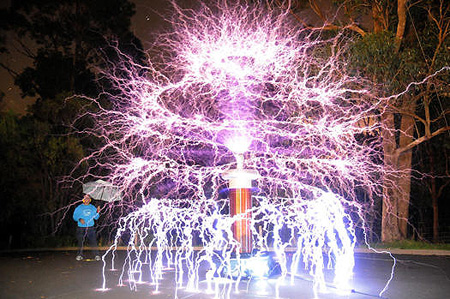 These traumatic ancient timelines became seed points to many other timelines, most of them totally inorganic and artificial, where we perpetuated the original wound by trying over and over to remove our energy from the entanglement to this artificial matrix.

We got lost inside lower astral holograms, where our masculine energies became the oppressors of our feminine energies, our connection to Source became more and more dependant on external sources, where we gradually gave our power to a ‘higher’ authority outside ourselves, where we lost our Immortality among mortals.

These timelines set a karmic trajectory where we became more and more fragmented, caught in duality and gradually disconnected from the organic forces designed to sustain the planet and our beings.

As we approach the gates of the New Earth at the end of this cosmic cycle, the pieces of the puzzle are coming together very fast.

We are awakening from our slumber/nightmare where all becomes as clear as day and we are reminded that we have a choice.

Which path do we, as the human species, want to take after this reset?

We can continue to fight the ‘dark forces’ and enable the inverted matrix to continue, or we can elevate our awareness by withdrawing our energies from this system, through embracing our light and making friends with our darkness.

This is not a mental concept. It requires intention and an willingness to feel uncomfortable, as we journey through the collapse of our falsely constructed sense of self. The self that emerged from all these distorted timelines.

Utilizing the new activations and the powerful Violet Rays of forgiveness and transmutation, we can let go of our need to defend the light, to rescue others, to feel superior or inferior to others.

We then turn our awareness inwards, and bring forgiveness to the aspects of ourselves that innocently believed that Source needed defending, or others needed rescuing from their lessons and learn a new way of being.

We starseeds have played this game for eons, coming down to Earth as ‘Warriors of the Light’ and getting caught over and over again in this rigged game.

We are being invited to see the game for what it is - an exercise in separation and duality, where ancient energies disconnected from their own light within and have chosen to acquire that light outside themselves, by parasitising on the light of others.

A good metaphor would be to see these energies as an irrelevant Wizard of Oz (much like the old white men that have been running our planet), hiding behind the curtain, trying desperately to keep playing a game that most people are not interested in playing anymore.

We are part of these ancient energies. We have been living under the illusion of separation for a long time and are now being shown the way back home.

We are also part of the new energies surrounding us at the moment, most of them are our forgotten feminine aspects, helping more and more souls to remember their connection to the Divine Mother.

Our future selves are gathering around us, nudging us forward, and as we learn to trust our hearts again, we realise that the old game cannot be fixed. It is old, it is collapsing and cannot survive in these higher frequencies - the same for the idea of who we thought we were.

Let’s embrace the new, choosing to align with the frequencies of expansion, evolution, collaboration, ascension and embodiment.

It all starts within.

May we use the violet rays of transmutation and forgiveness to finally clear the chords of attachment to the old world, reclaiming our innocence as we step into the New Earth as Sovereign Creator Beings.